Our Low Overhead Means Lower Costs For Our Customers!

Outlook has always had its quirks, some of which I’ve addressed here in other posts. But it basically worked, most of the time, the way it should, and the few annoyances weren’t too difficult to correct once you knew how.

Last year, with my previous version of Outlook rapidly aging and at or approaching end of life, I thought it was time to upgrade and purchased Outlook 2016. 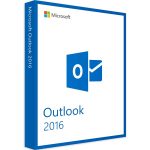 TL;DR version: Outlook 2016 was a total lemon! It is the Vista of the Microsoft Office series! Avoid at all costs!

It never really worked very well for me (under Windows 10 with all the operating system upgrades as they were released as well as driver and software upgrades. From the outset, it was slow. Slow to load, slow to switch folders, slow to do anything. Often, when I switched between Outlook folders, it would display a “Nothing to see here” message so I’d have to go to another folder and then back to get the emails to display.

Yesterday was the last straw.

I had rebooted the computer the night before and followed my usual morning routine of coffee and checking to see what email had arrived since the previous evening.

My reaction: “What fresh hell is this now?”

Most, although curiously not all, of the new emails would not display in HTML but only in plain text – not very useful in my line of business.

As usual, I went to Google to search for “Outlook 2016 will not display emails in HTML format”. What I learned was that this was a very common problem with Outlook 2016, that Microsoft was well aware of it as a problem, that none of the suggested “fixes” by Microsoft support or by anyone else worked or if they seemed to work at all all it was only temporarily. None of them even worked temporarily for me.

Dammit, Jim, I have work to do. Can’t Spock fix this? Answer: No. No one can fix this. Microsoft has stopped trying. Occasionally, a Microsoft support guy would post something generic on a support forum, only to be told it didn’t work, after which he or she disappeared forever.

I started t0 research other email clients hoping to find one that could easily and efficiently import all my emails, archives, and contacts from Outlook. No luck. I am a fan of the Mozilla Firefox browser and I had hopes that their Thunderbird email client might be an option but it hasn’t received and real updates since 2012 and seems destined for the junk pile. The few other suggestions I found were not promising to say the least.

After several hours of this, I decided I could not afford to waste any more time looking for a fix for Outlook 2016 or an alternate email client and, crossing my fingers as firmly as I could, I purchased a digital download version of Outlook 2019. 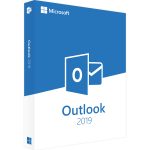 Et voila: my HTML emails were back. Generally, the 2019 version seems to work faster and better in general than the 2016 version. So far.

If you are running a pre-2016 version of Outlook and want to upgrade, do not, repeat NOT purchase 2016. Save yourself a lot of grief.